Thinking back to an incident at Boscastle. An encounter with something that  I cannot explain.

Back in 2017, Matt was busy digging up King Arthur at Tintagel (http://shadowtorstudios.blogspot.com/2018/09/king-arthurs-britain-truth-unearthed.html) which gave me an opportunity to explore more of the North Coast. It was high summer, so he drove up at 6am each morning. A full day to explore new and unknown surroundings. 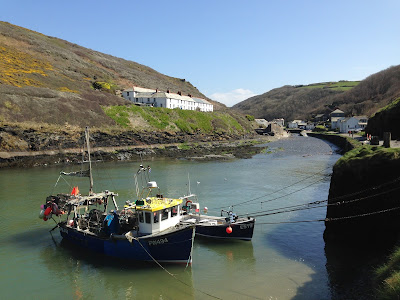 Boscastle was the usual drop off point. It's a charming little harbour village, in majestic surroundings, and boasts the very unusual 'Museum of Witchcraft'. Highly recommended if touring the area. The village is steeped in folklore and mystery,  with a genuine witch buried near the church at Minster. The museum itself was brought into being by a self proclaimed Warlock, back in the groovy 1960's. So, it's a place that very much on the supernatural map of Cornwall. 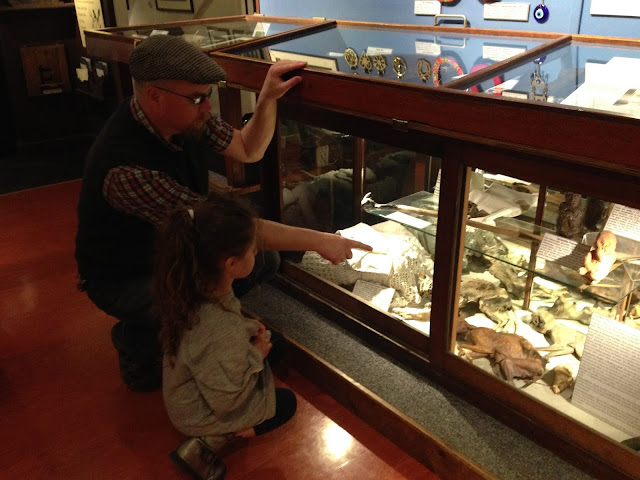 To the South, the Valency Valley is a very green, wooded valley, with a river that trickles down to the coast, and out through the harbour into the open sea.

Leaving Boscastle, I made my way along the river, which was balmy and warm due to very high humidity. The green valley felt very tropical, I couldn't tell if I was damp with sweat or the mist that hung in the air. 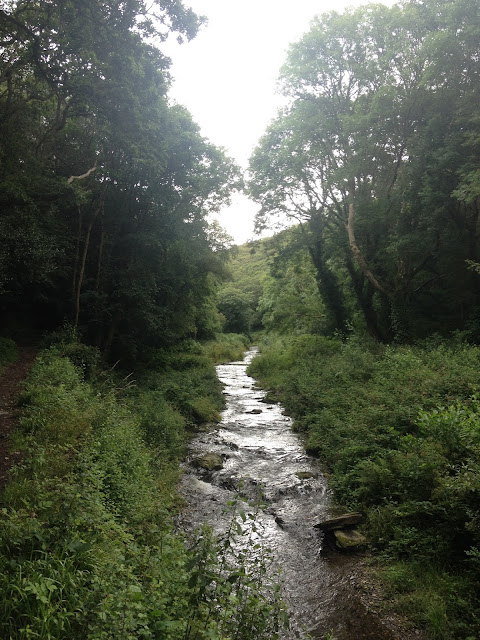 I didn't pass many people, perhaps two dog walkers, and a National Trust 4X4. That's not particularly unusual, as it was very early and earlier  rain may have put some off. All the more pleasant for me, to be honest. 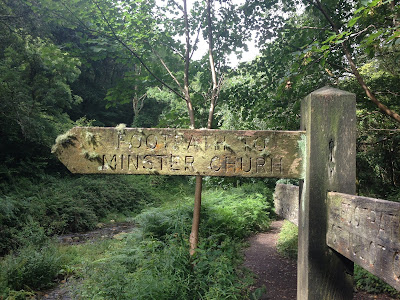 Eventually, I spotted a bench by the water, just by the bridge that crosses to Minster Church. You can't see the church, it's completely hidden on the top of the high hill, opposite. The church is spooky place, it's green and charming but a lack of direct sunlight can make it an odd setting and the churchyard has an otherworldly vibe.

But, I was not going to the church. I was staying at water level for this walk, having exhausted myself doing a Tintagel to Port Issac walk the day before (that was a killer, I thought I was going to die of exhaustion!). So, stay by the water, and avoid lots of hills was the plan, and the valley is perfect for that. 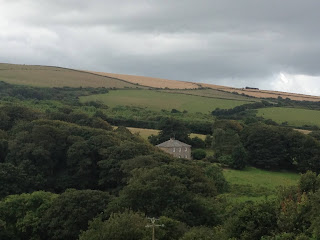 Reaching such a pleasant spot, I decided to stop, have a bit of squash and read a bit of my ghost book, one of the Fontana Ghost Story collections. Lost in the story, I forgot about where I was, losing the mild splashing of the river, and the bird song to the fiction. It's always there, in the back of your head, but a good story can suck you in, you know? You're kind of in two places at the same time.

Anyway, alas, I was disturbed from my reading... by people!! Urgh. Whyyyy???! To make it worse, it was a group of people, singing as they approached down the hill opposite (Church side). I half expected a gaggle of Lady Walkers had come to pass by, all jaunty and happy, as they sung their cheery walking song. Like a lot of over fussy and bothered Englishmen, I was a bit 'hurry up and go' about it. But, I was quite impressed by their singing, very plaintive and harmonious. Beautiful in fact. Typical, not just having a lovely walk, they're talented singers too.

So, I decided I may as well look up, and wave a hello (as most walkers do here) as they crossed the wooden bridge. I'd wait till they're 'mostly' on the bridge so I don't have to wave twice, get them all done with one gesture, as it were. As soon as I hear enough feet on the bridge... 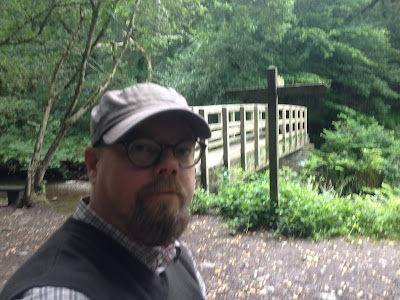 ...but, there were no footsteps on the wooden planks. The singing was quite loud now, coming from the otherside of the bridge. Did they stop? A spontaneous burst of a capella Celtica? Nice, and very Boscastle! Yet, no singers emerged from the green. Eventually, I felt a bit weird. The water seemed to become louder. the bird song faded away, and it just felt very... weird. The wetness on my skin and clothes became cold, and the entire place felt like it fell into shadow. I took a few photos, and eventually stood up and walked onto the bridge, making it look like I was taking snaps, but really I wanted to see what was making the 'singing'.  Was there someone with a phone? Did they have Spotify or YouTube playing?!

Guess what... there was nobody bleddy there! No one. Not on the bridge, the path or the water.

No joke, no hoax, it's one of the weirdest things that's happened to me here in Cornwall. I honestly can't explain it. I was totally convinced a group of singing ladies came down the long path from the church, and vanished at the waters edge. I heard them approach, I didn't hear them leave, it just stopped, and there was no-one about.

I packed up my book and lunch, and continued along my way.

The valley is special. Thomas Hardy used to hang here, back in the day, and pagans, wiccans and ghost hunters are always up here, looking to experience the atmosphere. Highly recommended, once we're all allowed out and about again. Do some wiki research and you'll be lead to all sorts of fascinating things.

For now, I'm putting this story in the unexplained category. Fairies, Piskies, Water sprites or Witches? I honestly don't know. 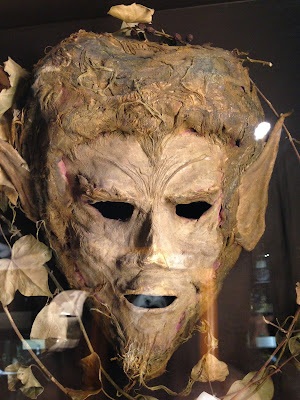