Dark Fall - Ghost Vigil: Very Positive reviews. The game was out this time last year. A tiny weeny bit buggy at first, but a week of solid work got it all shipshape. We had a really good run on the home store, avoiding piracy for ages, and then the Steam release... 30 mins later I was told I was a torrent already. Urgh. But, that means no one who bought direct from us, Shadow Tor Store, torrented the game. 🙏 🤘🏼👍🏼

So, there are enough gamers who do pay for games, especially indie games, and for that we are grateful. Ideally I’d like Box copies again, as Dark Fall 1 sold in Target, CostCo, Walmart, HMV, Game, umm... Argos! You don’t see games on shelves much, with Amazon being preferred, but it doesn’t mean you can’t have a box. The only thing to consider is Q&A, to make sure the disk content is bug free. I might experiment with a boxed Lammana, after BLK is out. 👍🏼 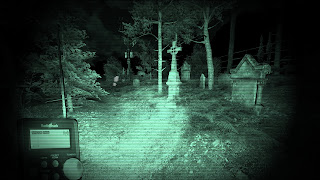 I upgraded my machine a lot last year, invested in an Oculus set, etc, so we’re going into this year very productive. Experiments with VR and Co-op were also very useful. I never thought I’d play a co-op as much as I do Phasmophobia, so count me as a convert.

It’s Dark Fall’s 20th year finally (I thought it was last year), so expect some bits and bobs over the course of the year. 👻 🕰 See you on The Pier, literally if you play co-op, as we’re keen to add some multiplayer to the usual ‘single player’ story.