on May 24, 2020
There’s been a few horrors filmed around the Looe area, from claymation Classic The Giant Behemoth to a Jason Donovan soap. Brrr. But this one is much lesser known; The Beast was part of West Country Tales, a low budget regional show, which features ‘real’ stories from West Country folk. Cornwall’s episode is brill, THE BEAST, and is still quite effective. It was filmed around Looe, circa 1981, opening with the very familiar sight of the Looe Valley Train. The films have never been repeated or released, so we have to put up with a blurry old vhs copy on YouTube. But it’s worth a watch if you like Folk Horror. Perhaps The Beast is still out there? Hairy Tej? 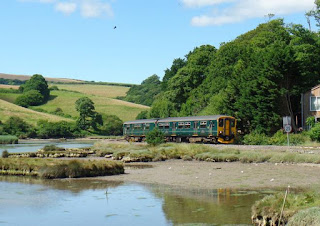