London: I met a man who liked playing darts 🎯 and adventure games. We played lots together, through Zork, Riven and Egypt. But then they stopped, less and less adventure games on shelves. So, with a bit of help from Hackney Council and Southwark College, I learnt to program enough to make a game for friends and family.

The Displacement - early ideas of frozen places, time jumps, ghosts. Set in a Victorian house in a London Square, the game was created for friends and family to play, climaxing with a real treasure hunt around the house to win a prize. They liked it. 👍🏼 Rebecca Towner won (middle sister). 😊 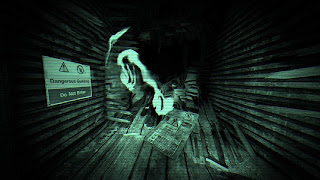 Dark Fall 1 - encouraged, I decided to make a game based on my love of train travel, haunted places and Sapphire & Steel. I made a website (AOL homepage, if memory serves), which was noticed by Diane Mathieson of Battlecreak, Michigan, 🇺🇸. Apparently, my game looked “just her thing, and her friends on Gameboomers”. I was surprised, to say the least.  Long story short, Dreamcatcher turned it down first time, but changed their mind when I revealed I wanted to make...

Dark Fall 2 - Lights Out
Flannan Isle, via Doctor Who, and based on my first trip to Polperro with Jethryk Philip Trewartha Harbour is really Polperro in Cornwall, and the Eddystone is the real Fetch Rock. The Directors Cut is the better one. 👍🏼

A weird one; I hate going back to old stuff, so I happily set the nightmare in someone else’s head. It’s gory, nasty, disturbed and has two endings. I’d played quite a lot of PS horror games by this point. 🎎🧧🏮