Something is wrong with Northfield Church. It’s chronologically confused. Nigel Danvers, Ghost-Hunter, has been lured to the old building, a few days before Christmas. It is a bright, calm wintry afternoon, with Thrushes singing their mournful tune; the crows circle the sky, caught in the last rays of the suns weakening eye. In the distance, through the chilly mist, Nigel spots the pyramid shaped spire of Northfield Church. 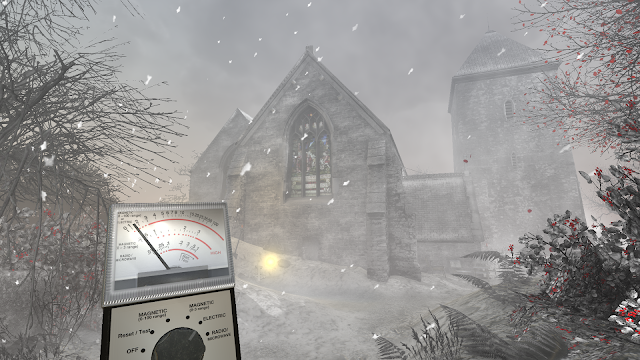 Making his way, across the rock hard turf of Brock Fields, Nigel can hear singing. Carol singing, from the stony interior of the ancient church! But, Northfield has no parishioners, no congregation to fill the pews. Knocking tentatively on the church door, Nigel Danvers is unaware that time has splintered. An event, from 1000 years ago has begun anew, as the weather takes a turn for the worse. 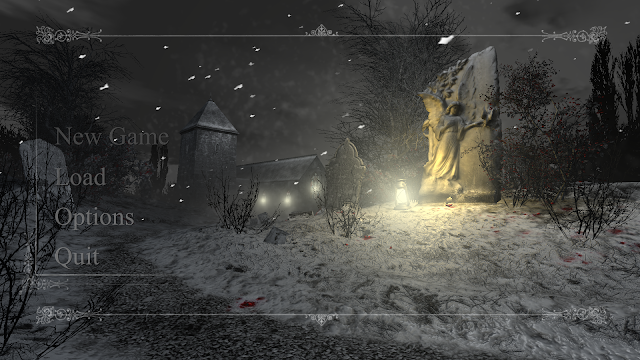 A big demo of Silent Night is available via Steam from tomorrow (20th December). It’s the first part of the story, with the complete story taking in the Solstice through to Easter; It’s a game about Winter, and the effect it has on people, places and the landscape. But, for obvious reasons I want the Christmas part out before the big day. It’s not like the game features Santa, Christmas Trees of the birth of Baby Jesus, but a ghost story for Christmas should kick off at actual Christmas. So, I’m thrilled and a bit exhausted, because it means the game is going out to a huge audience, probably my biggest, as gamers have only increased in number and demos are free.

The game functions in a new, more kinetic way, via the Keyboard and Mouse (if you’re a FPS gamer), via the Xbox controller for Windows, and also the Steam Controller. There are no sequences that require speed, balancing, dexterity of combat skills. It is an adventure game. Move Nigel around the game world, and action cursors appear to suggest interactions. All puzzles, investigations and interactions happen in First Person, just like TLC1. 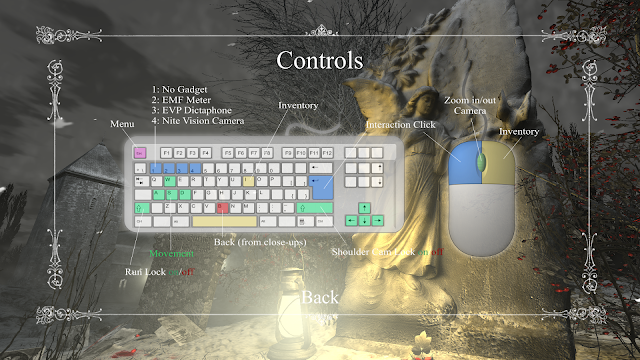 In fact, many of quirks and fun of The Lost Crown have been recreated in the new engine. So, apart from having to move Nigel from A to B (he runs too!!! if you want) the set up is the same as old. I’m not looking to reinvent the wheel with this game, just move onto a new tech engine. 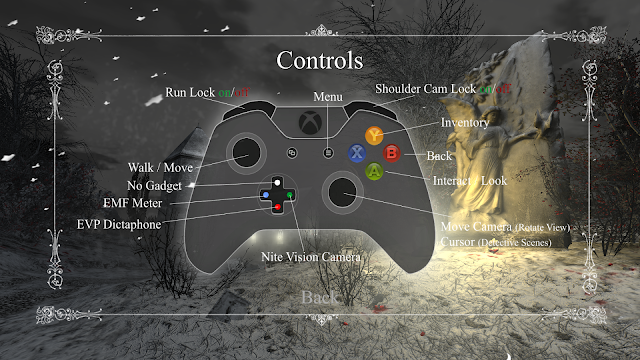 In the New Year a boxed version is planned, with language options for subtitles.

There are several Graphic Options in the menu, which will help the game run on slower machines. Do try the demo, or download the SnowGlobe, to test functionality.

I’ve had a great year learning new stuff, while BLK gets fixed and finished. It started with our ‘Glastonbury’ level. I told myself that if I could create a square mile of landscape, with buildings, sound, weather etc, that I’d give a Crown game the same treatment. Things came together nicely, and I was super pleased with the graphics and freedom. Unity is a good solid engine, with loads of export options. My main ally has been a Plug-In for Unity called Adventure Creator. I can’t rave about the software enough. It handles Inventory, Dialogs, Variables, Cameras, Converse... the list could go on. It’s why and how I’ve been able to make this game as quickly as possible, without having to beg poor Matt Clark to fix my s**t all the time. ;-)

Apart from that, I shall be seeing a lot of you soon! Take care in the church yard, the crows can be vicious. ;-)

P.s. Just a tip, do look around the fields and graveyards before knocking on the church door. Nothing lasts forever. 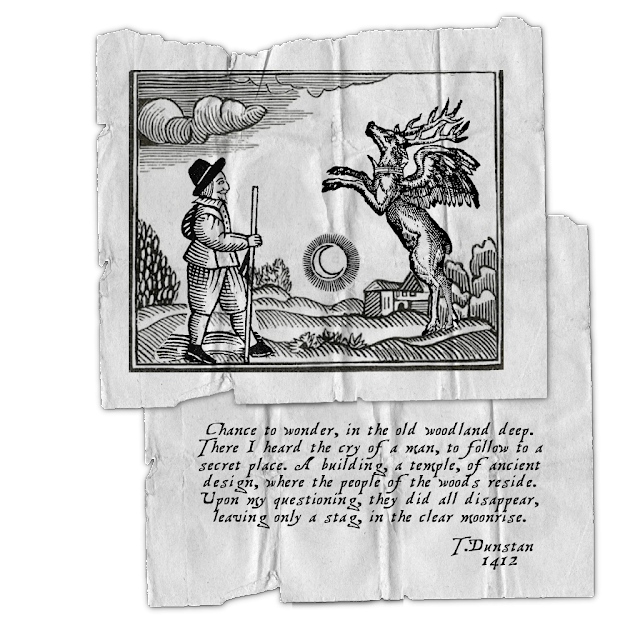