Keeping busy, while Matt (Shadow Tor) unravels my crazy coding on Blackenrock and makes it fighting fit. I'm not a very good coder, so it's in better hands at this last stage. There's a lot of game parameters, and the game has a non-linear approach, which for me became a bit impossible to stay on top of. Good news is, Matt's got a good maths brain, and stays on track a lot more than me.

I haven't been too shabby over Winter and Spring, learning more about Unity (good and bad) and also learning Adventure Creator, which will make my life and work a lot quicker and easier. I've built a small 3D game already, which I'm lining up for XMas.

Also, in the meantime, I've been making assets for a rendered point-and-click game. Can't say much more, except there's an anniversary looming in a year and a bit. 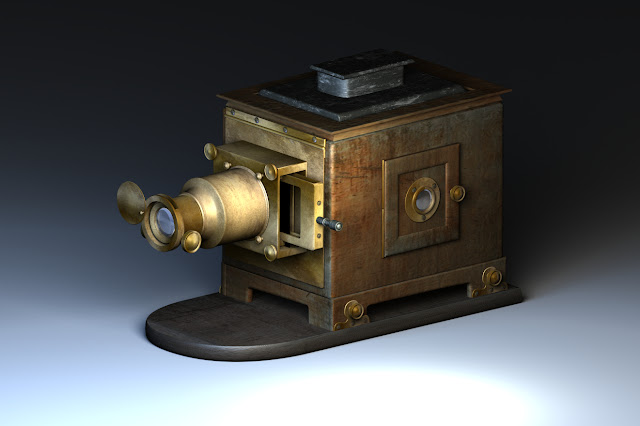 Most of the props are vintage, based on real world versions. My models aren't perfect, but they'll do the job. The Magic Lantern is based on Philip's from 20 years ago, which he still has to this day. No surprise, it's a thing of beauty, and looks very cool in a Steam Punk way. 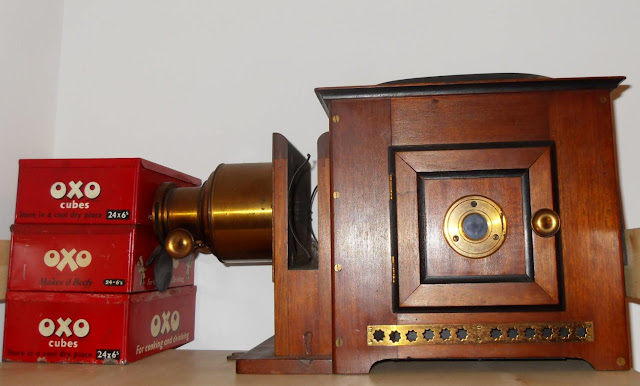 Quite a few of the props made for rendering will be recycled in other games. I know alchemy, esoteric and occult books pop up in pretty much all my stuff, so it was cool to track down some old volumes, with particular attention to covers. I always think of Karswell, from the Night of the Demon movie (Casting the Runes - M.R.James) when it comes to occult libraries, I'm sure someone says something like "his library of occult books is the largest in the country, if not the world!". So, I tend to make books Karswell would have. These are all real ones, turned into low poly books, for flinging about at gamers during poltergeist activity. They flap open. 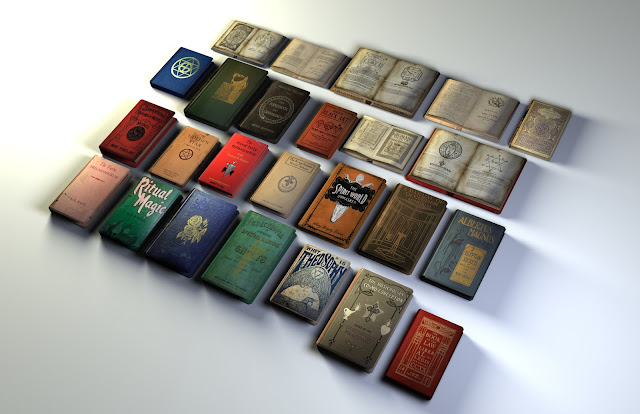 Mutoscopes are nice items, it's likely I'll render out some textures from this one, for a low poly version, useful for my Pier game. That game needs A LOT of props, so it's logical to double up, especially when the artifact is aesthetically pleasing. 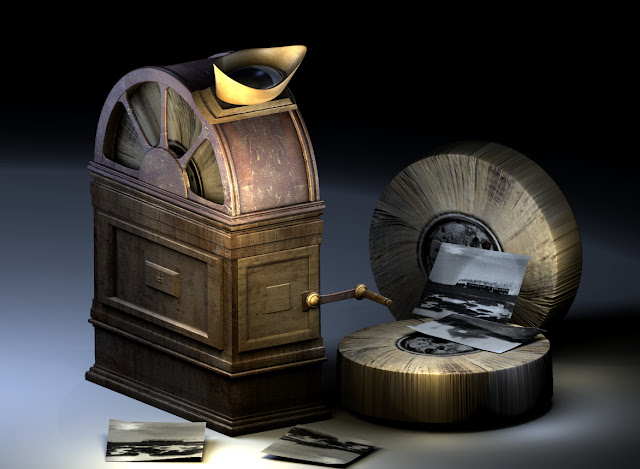