"...the Crown was only the beginning…"

I took inspiration, for the trailer, from a Pathe News clip featuring real-world Polperro (in-game Saxton). It's a crackling, fuzzy old film, from a bygone time, with that curious vocal delivery and script that seems to define an era. It's fun to browse those old clips, especially those featuring village life or a haunting! I did, initially, think about splicing the old Pathe clip with Nigel's message, but decided to film a new one, in-game! It makes the trailer a very curious thing; a period film for a town that doesn't exist. Or does it? 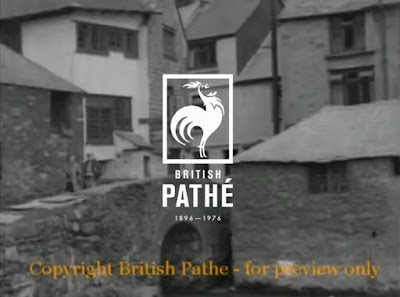 The new theme is something special too. A folky update of the original drifting soundscape (vocals by Jonathan Geer), with guitar by Ben Gammons. There's a pace, a mood, to the new theme. If the first game was a dense mystery, the new one is more like an old TV thriller. Quite a few of the existing characters appear, in the video, lost in the fog, like Nanny Noah, Bob Tawny, Lucy Reubans... et all.

But, there are also new faces, characters you have yet to meet. It's a long story, Blackenrock, with all the characters having individual stories, motivations and development. In many ways, it's more like a paranormal Soap Opera, or Supernatural serial, with all the dramatic twists I could muster.