Civic Duties - Saxton's going up in the world!


I have been performing a few civic duties, around Saxton. Much of Blackenrock (the sequel to The Lost Crown) takes place in the small fog shrouded town (3 days, 2 nights), so it needs to be properly spick and span. Well, as spick and span as Saxton can get. The town is still a rambling, natural place, with cracks in the pavements and weeds here and there, but there must have been a cash injection from somewhere, 'cos it's about to gain some new plaques! 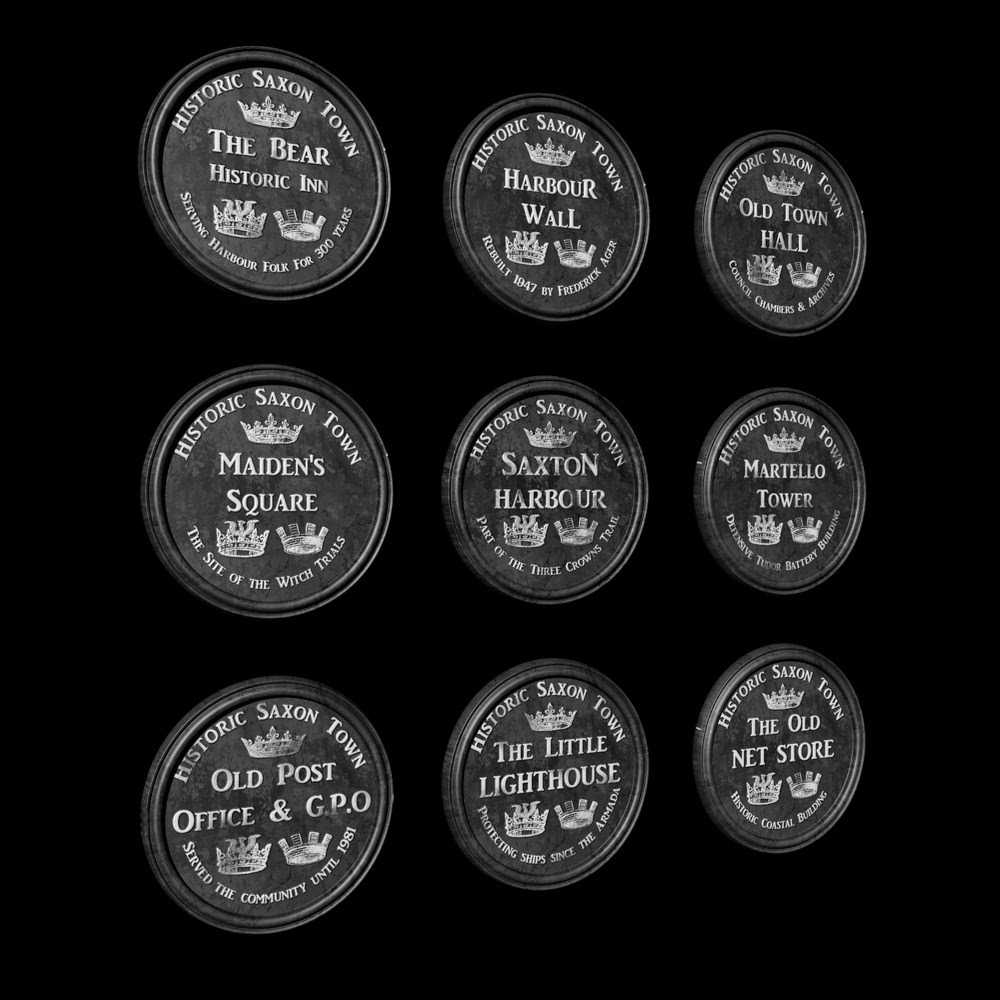 You see these type of things around 'historic' towns, conveniently pointing out places of interest, or famous towns folk. Saxton's new found status seems just, given the history of the place, but is there another agenda? 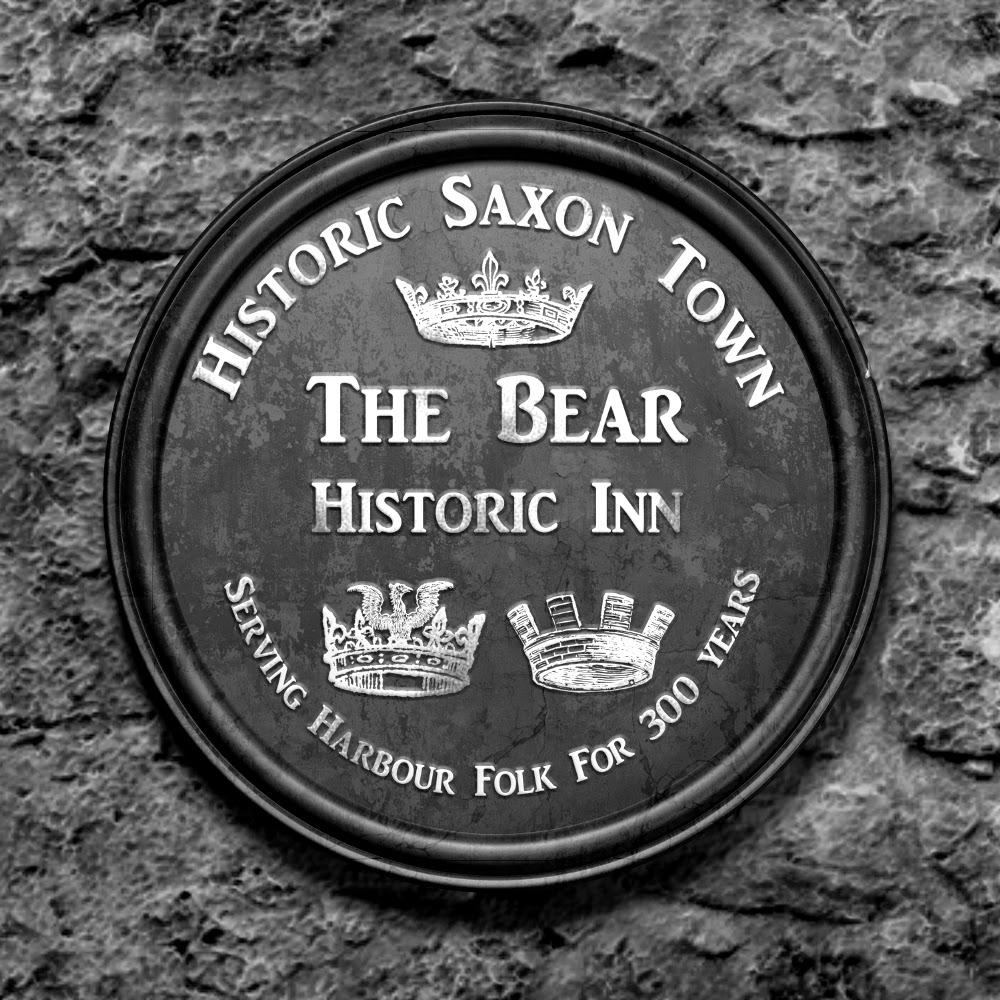 Refreshing the town has been fun. There are new angles, alternative views and trusty old scenes, and a few new additions too. The train station has been bullied into providing more than one service, as many local services are these days, so the Post Box has been relocated from its previous (unseen) location, to pride of place by the station. Like many things in Saxton, the Post Box has its own quirks and mysteries. It all starts with an impossible letter. 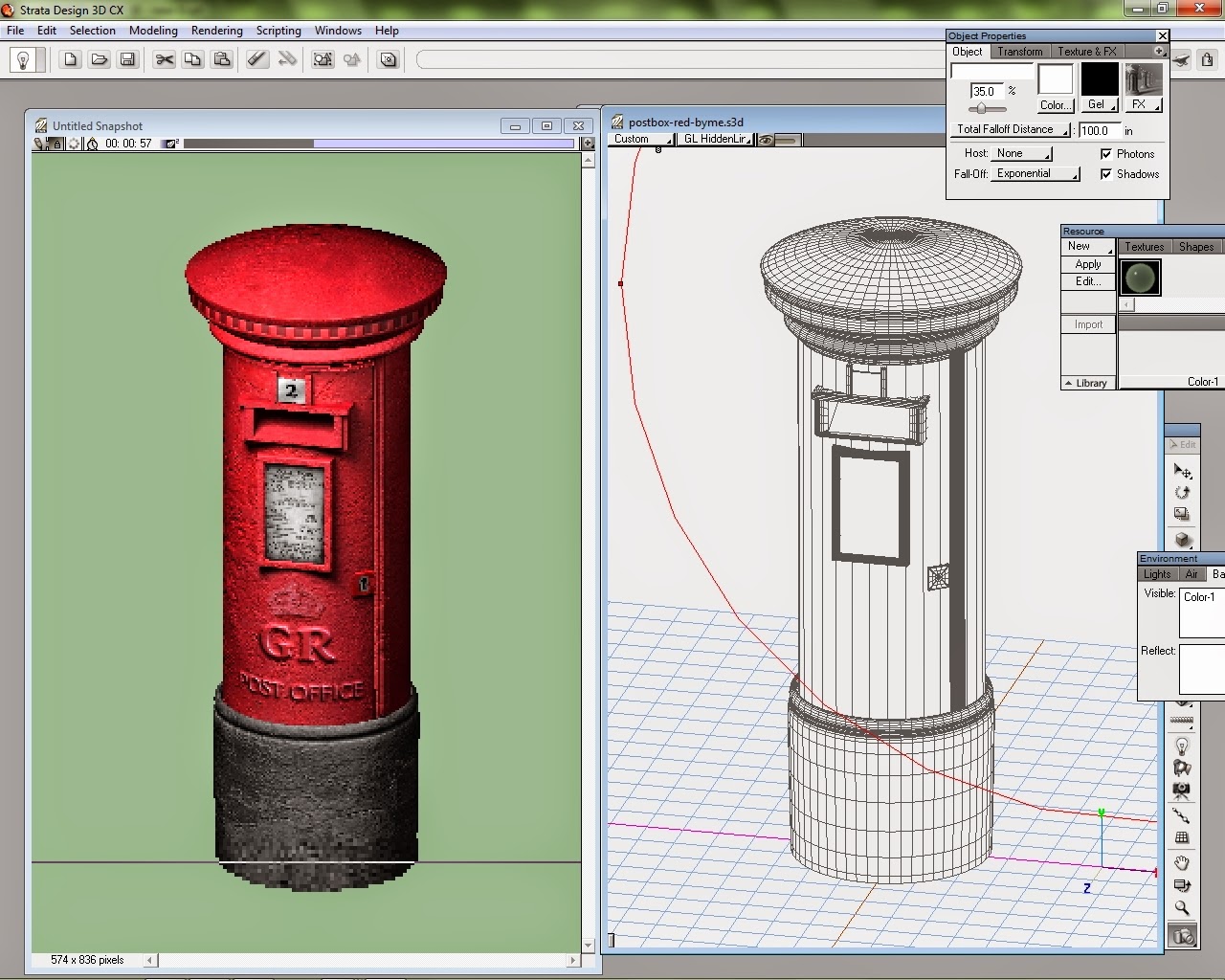 Elsewhere in Saxton, specific social groups are becoming obvious. There are the 'haves' and the 'have nots'; some are local, honest folk, others are out for all they can get. In some cases it is money, distinction or plain greed, but a few seem to have a much darker plan for the town. History was written by the victor, they grumble.

Of course, there are always the old faithful friends, like Nanny Noah. Isn't there? Why does she evade Nigel's questions concerning the name 'Whittle'? Old rumours concerning the Saxton witches have resurfaced, following a new exhibition at the museum - 'The Whittle Witches of Saxton'. The esoteric exhibits exude an atmosphere of darkness and evil, causing much worry and bad feeling around town. 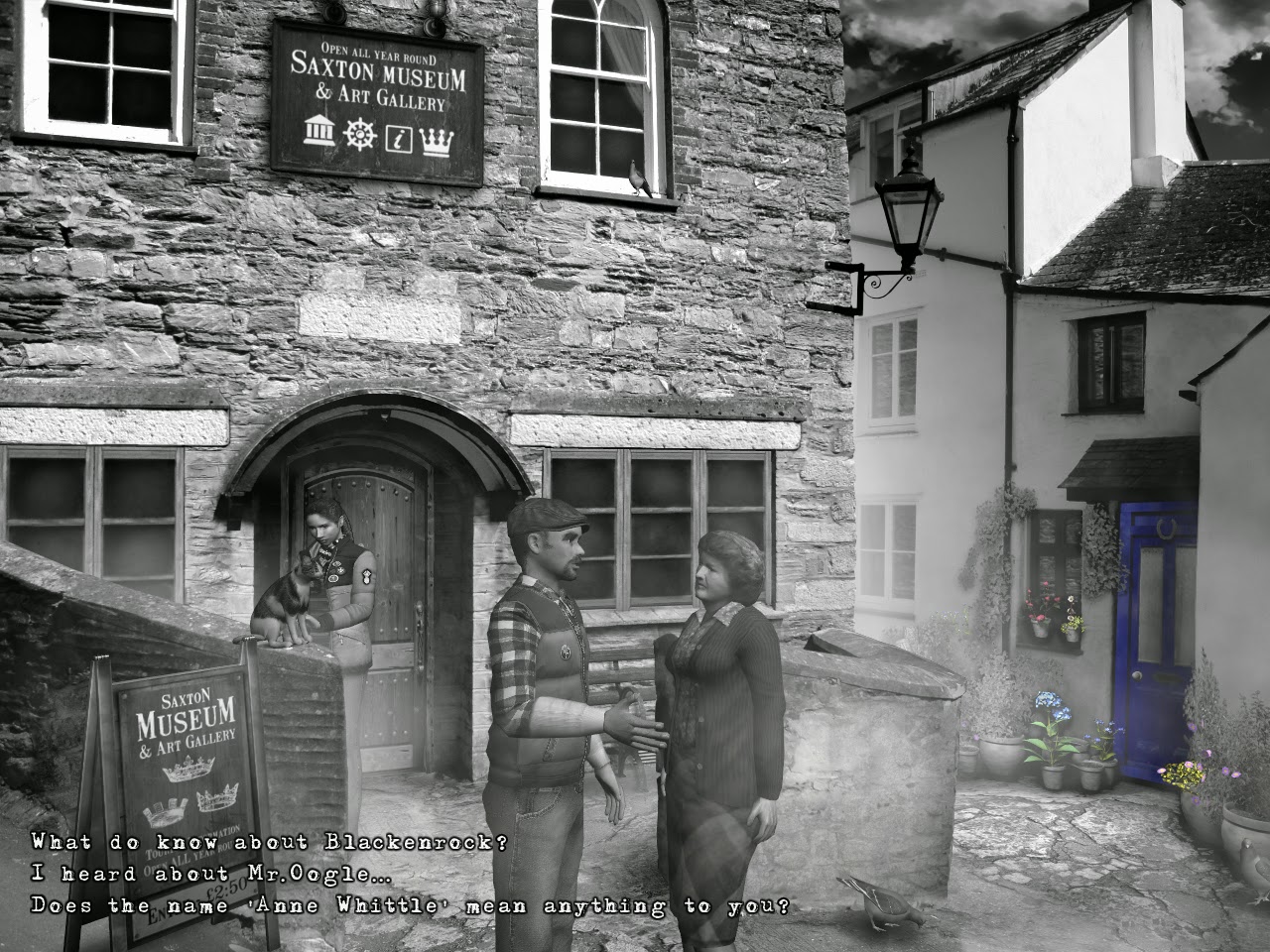 Blackenrock takes part mostly in Saxton, and one other specific place (made up of several locations), but the game features the brand new map. The whole map! It's a much larger view than we have seen before, but it has given me a wonderful opportunity to expand the 'Crown' world. There are lots of places to look forward to, (and some not!), in the sequels. As the story progresses, more and more places will become available. Once the First Crown is discovered, you will know this land like the back of your hand. 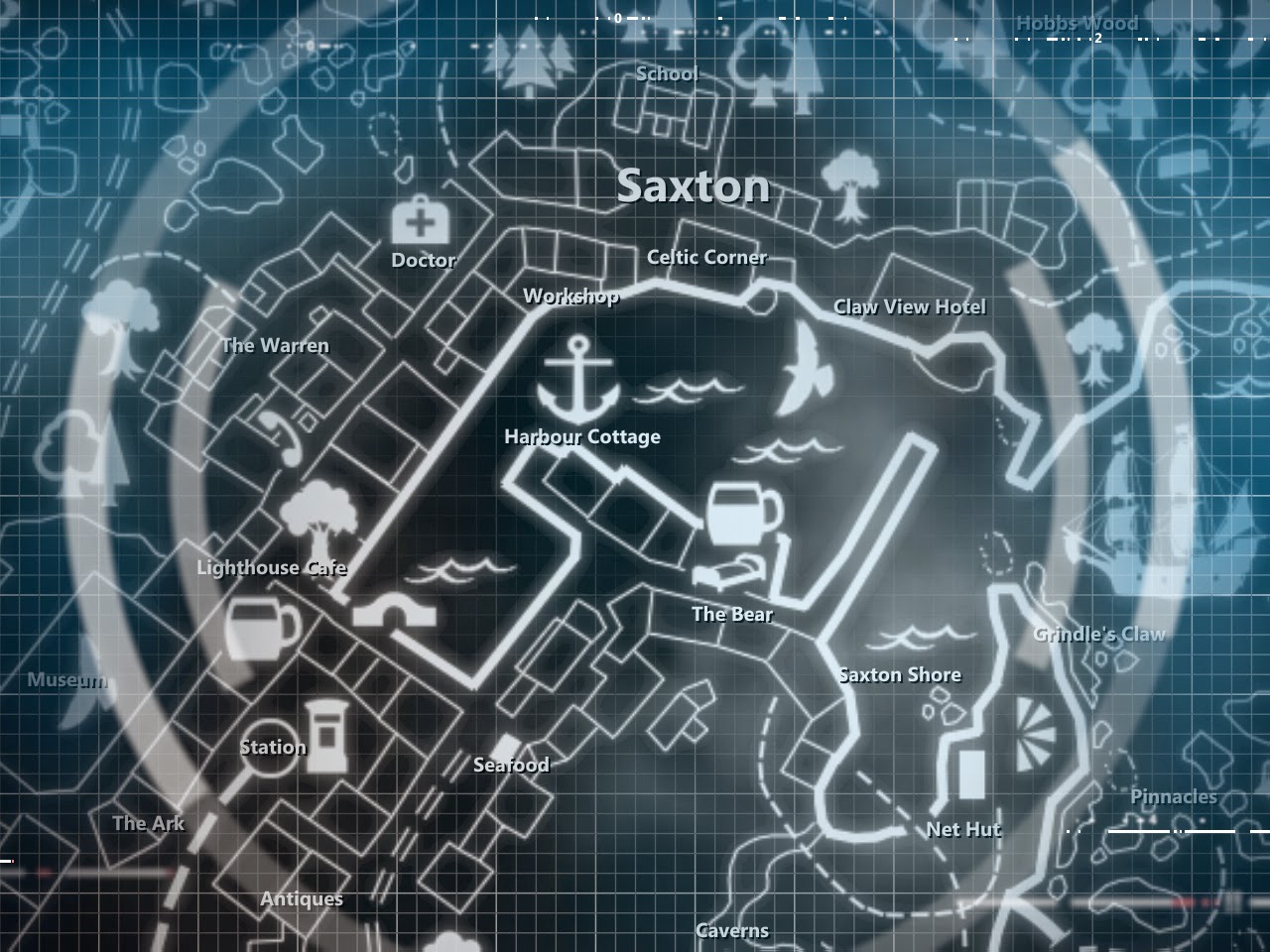 Nigel's work, as a 'ghost hunter' is now a commercial venture. But why, oh why, are his recent cases going COLD. There's something, something paranormal, and then… nothing. The trail goes cold. Is it him? Are the gadgets to blame? Or, is something, or, someone keeping him from the truth? 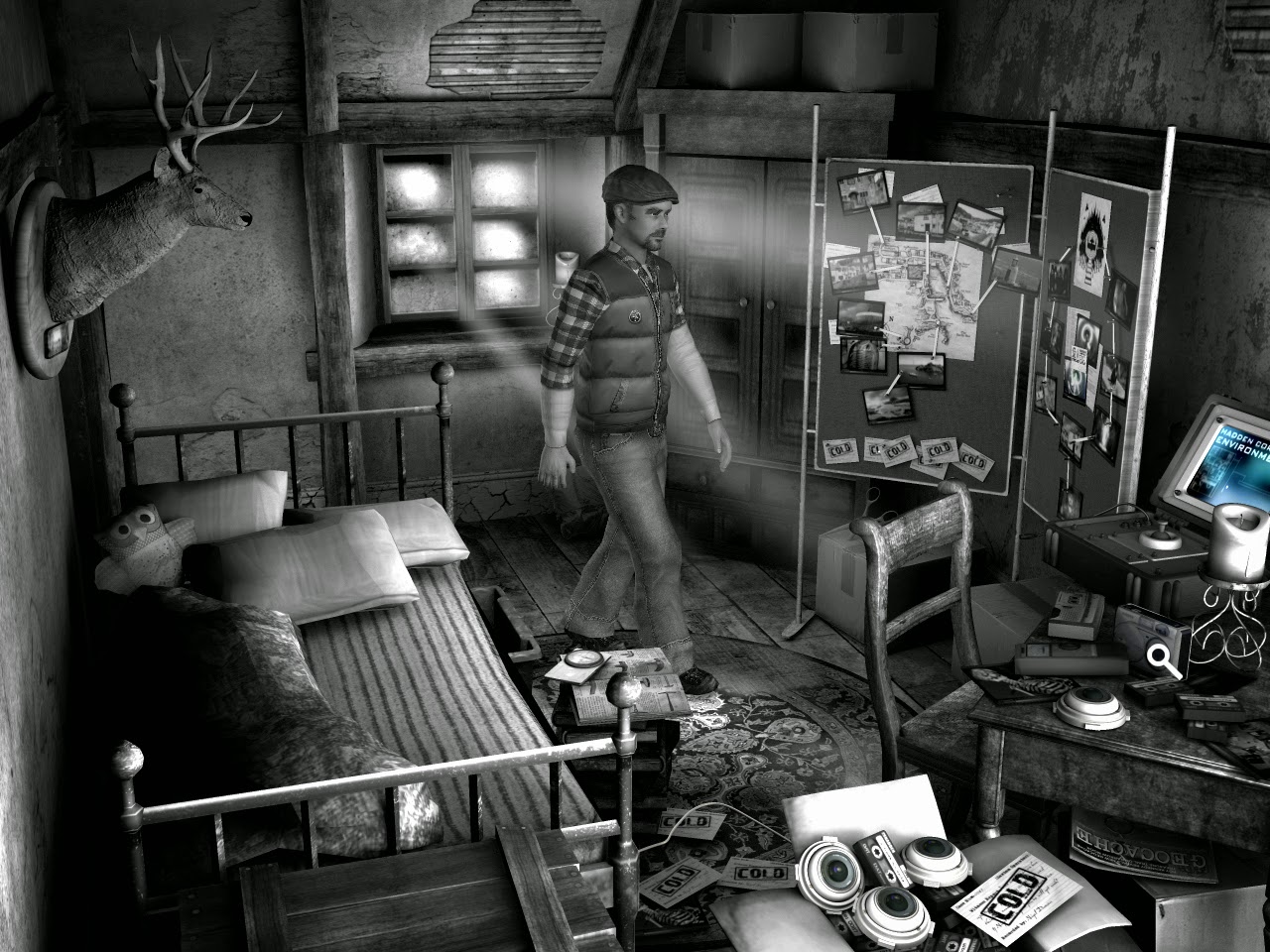 As Nigel prepares for his big adventure, I have been out and about in the 'Saxton' world too. I took a day off to enjoy the WWI centenary peal of bells at Talland Church (aka Ulcombe) last weekend. It was bloody lovely, weather wise, so I slow roasted in the churchyard. It was quite trippy. You couldn't hear much, over the din of the bells, lovely as they were. So, there wasn't much in the way of birdsong. Instead, I saw a family of buzzards circling the hills, plenty of magpies and the swallows (much diminished in numbers). Loads of butterflies too!

It was lovely to get away from the LCD screen, and see the real world. My favourite bit, much later that day, came when walking home along the coast path. The gorse bushes were teeming with glowbugs! I thought they only existed in pirate movies, so was quietly thrilled. The path home seemed to be lit by fairies L.E.D.s, making it a perfect end to a perfect day. The cans of ready mixed G&T helped too!