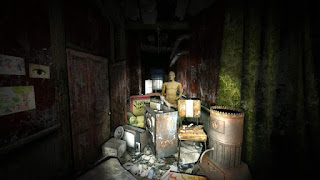 Looking forward to tomorrow, ghost hunters! 👻 Ghost Vigil kicks off a new year, rather than the end of the last. After missing our original dates, it’s actually been fun and rewarding to chill out and finish properly. I was still adding more up until the 28th, so I’m glad we had a bit of breathing space.

Also, just a reminder, that the new Dark Fall comes with a soundtrack (my weirdest yet) and also The Displacement, my first game from 1999. Set in a Victorian house, frozen in time, it’s a puzzle solver made for friends and family.

It’ll be strange releasing something so personal, but it is a game in its own right, so should make an interesting curio for adventure collectors. Thinking caps on! 💡Gadgets in hand! 📹 Let’s solve a mystery or two. 🧩