on December 02, 2018
Here's a couple of grabs from the weekend. I really like the look of the ancestry puzzle, but it's been a pain to program. Instead, I've gone with a simpler puzzle. A shame, but at least it looks nice. 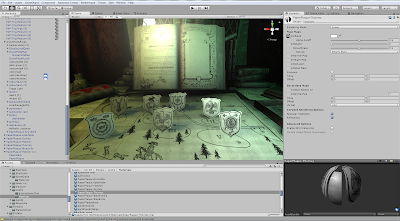 Also, Nigel's corner of the Vestry needed to be pimped up a bit. Feedback suggested it needed to be more 'ghost-hunty', as it was a bit plain, with no real incentive to play around on the Environmeter. That was a problem, as most of the cool visitations are seen via the CCTV unit. The whole area now feels more interactive and updates as the case evolves. A good place for hints. So, basically it's gone from zero to hero, in a few hours.

Also, the photos pinned to the walls are all real, taken over the years while visiting St.Cuby's at Duloe. It's the psychical inspiration for Northfield Church, and the comparisons between reality and my CG world are really strong. No-one wants a Crown game NOT set in real places, so this has been a happy medium for me. 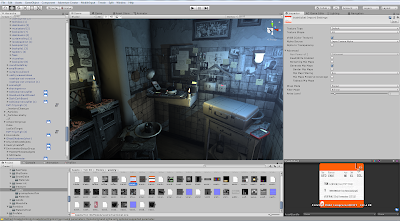