The Secrets of the Gravestones - Duloe

The Secrets of the Gravestones - Duloe, St.Cuby's Church


We made a recent return trip to Duloe Church (St.Cuby's), a few miles from Looe. We were photographing the back of gravestones, for a puzzle soon to be seen in Blackenrock. The yard was devoid of people, but the Jackdaws made their presence known, in their usual noisy fashion. Many appear to be nesting in the old Norman tower, the naughty things. 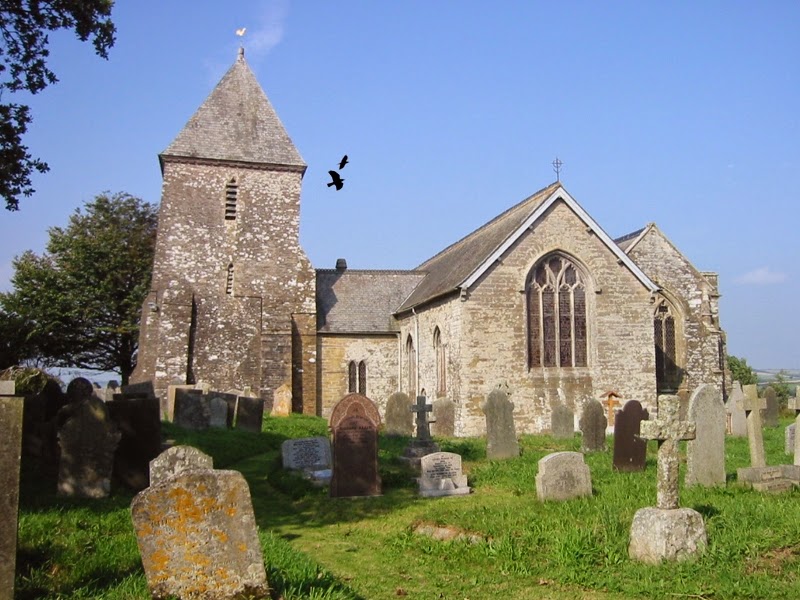 But, why the back of gravestones? Well, the reverse, unmarked side is perfect for digitally adding your own names, dates and decorations. It's hard to digitally mimic natural wearing, and the chaos of lichen. Plus, any excuse for a morning away from the LCD is fine by me!

The church underwent extensive restoration and repair, recently, and some of the broken graves have been moved to the inside of the church, where they have been inlaid on the floor of the aisles and Colshull Chapel. Laid flat, the gravestones can be studied in their entirety, meaning the part that would normally be underground is now visible. Which is where things get interesting… 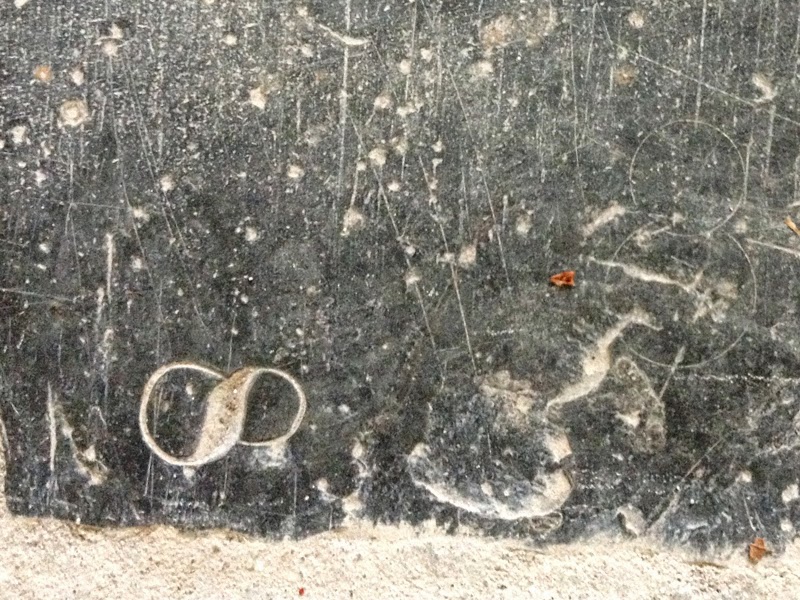 Many of the stones retain the original stonemason marks, which are quite common, but some have intriguing 'workings out' and test typefaces, a few of which appear to be preparation of other stones entirely. The stonemason also appears to be local, to Duloe, which is rather quaint. Seeing the mistakes, tryouts and experiments certainly brings you closer to the craftsmen who worked the stone, over 150 years ago.

I felt, standing in the church, that there's a great adventure game puzzle waiting to be created. It's too late for Blackenrock, as I'm wrapping up work on that one. But, I'm certainly going to try squeezing it into the already hefty 'The Last Crown'. I love this kind of mystery, especially when it involves information that has been/is hidden. 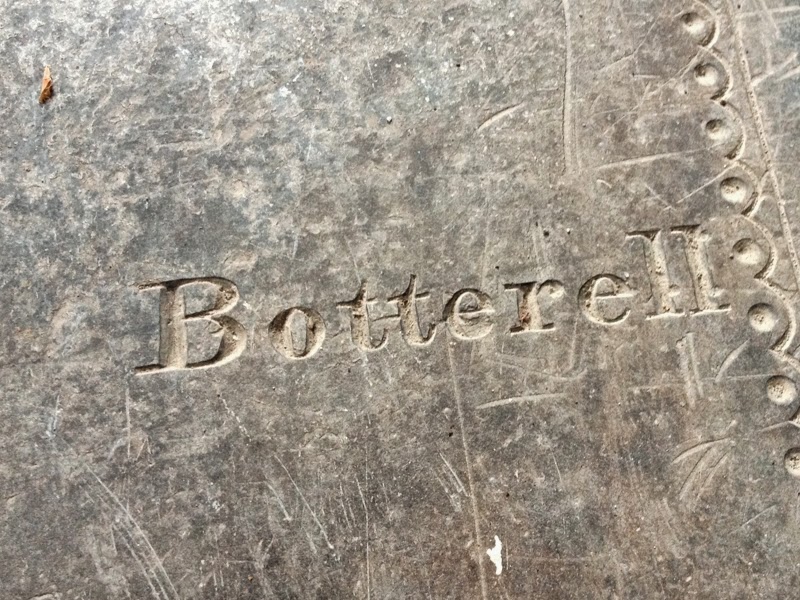 Many of the Duloe stones are getting on for two centuries, so it's information that's been successfully hidden for a long time; a secret taken to the grave, until the church underwent modern renovations. Could a centuries old mystery be solved by the discovery of hidden text? 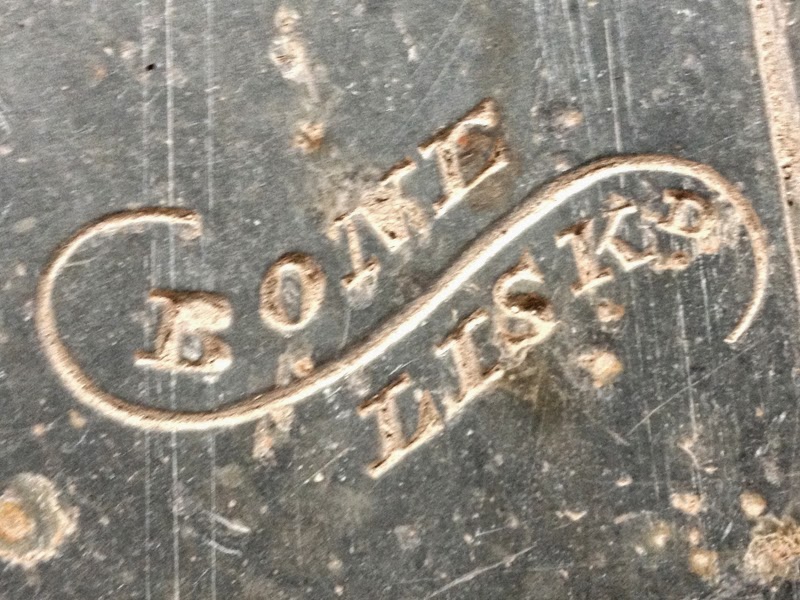 Lastly, in case you are wondering, my trip was successful. I photographed many gravestones, some of which you will be seeing in the new game. I rarely need any excuse to meander in a churchyard. I spent many an afternoon, in the rambling graveyards of Kent, back in my teens. I had a fascination for stone work and ecclesial buildings (especially Tudor era), eventually studying the subject at College. 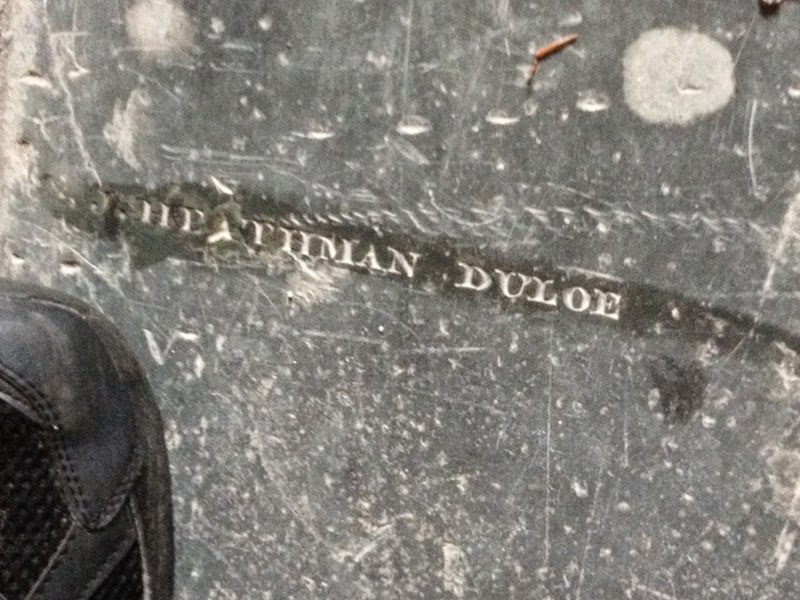 I like to think of a Parish Church as a small museum. Some are more interesting than others, but St.Cuby's at Duloe is an absolute favourite. It has much to enjoy and puzzle over. There's the impressive effigy of Sir John Colshull (second richest man in Cornwall), the pyramid tower, the 15thC carved Rood Screen, the pre-Christian (pagan, decorated with griffons and dolphins), the choir stalls (donated by Balliol College, Oxford, 1937), the beastly gargoyles, the carved slate Elizabethan ladies… phew…

The list could go on. The church is perfect for inspiration, so I was pleased to find the place still has a few surprises. I know I'll be visiting St.Cuby's for some time to come. If you happen to pop by, do sign the Guestbook (I always look at the new entries) and make a donation if you fancy.