I had a bit of fun last night, coming up with some ideas for 'cover art' for The Halloween Haunting.

It's a digital download game, but it still needs a face. Of the experiments I liked, I found myself torn between two very different themes.

The Haunted House is the main location in the game; known as Keeper's Cottage, it's the only domestic building on Blackenrock Island. It was built for a slightly well-to-do landowner, who reared various breeds of sheep on the isolated lump of old Ulcombe. Some say those 'Ulcombe lot' were a bloodthirtsy bunch, enjoying a splattering of country pursuits; such as hunting, shooting, fishing. I imagine quite a few young lambs were enjoyed in the dining room of the small, Victorian house. 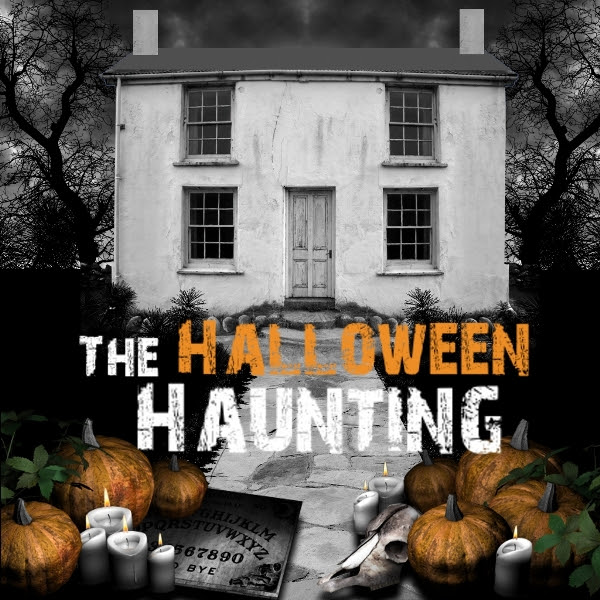 As a design idea, the abandoned house at Kynance Cove certainly looks like a 'haunted house'. Lots of people find the place quite fascinating, hidden away in one of the prettiest coves in Britain. I photographed the house, a while back, when I visited Lizard. Several of the Peninsula's buildings will feature in the 'Crown' games. The area has an atmosphere like no other. 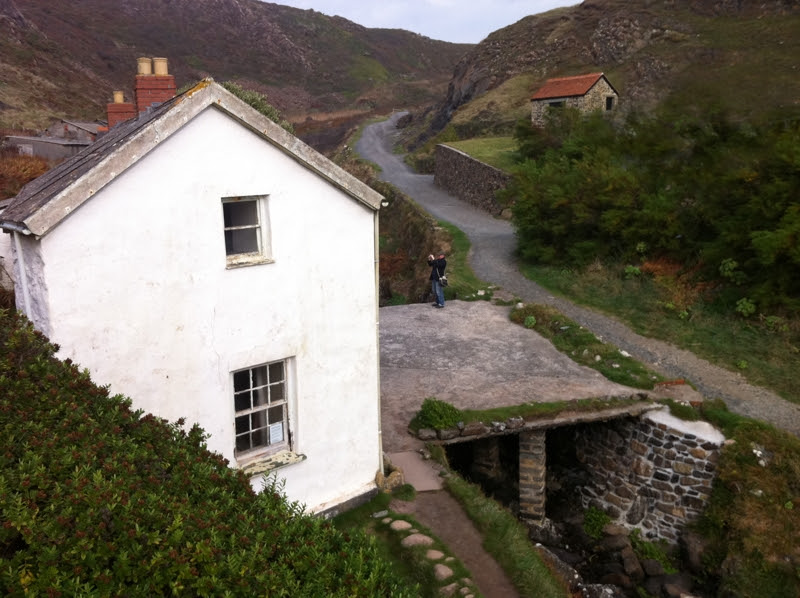 To bolster the house, and make a photograph a design, I added 'mirrored' design elements (like the trees and sky) as a reminder of the Lost Crown's strange reality and title sequence. Lots of the photographs used in The Lost Crown were flipped, mirrored, distorted and changed. Some locations are barely recognisable.

Then, next up, a more landscape orientated design effort. I like it a lot, but feedback suggested a much more scary vibe, rather than a creepy one. Also, the moth vs. skull elements had some thinking about Silence of the Lambs (not intentional!). My thinking came from experiences on the moor. Bodmin Moor to be precise. More often than not, I find cattle bones up there during my rambles, amongst the gorse and rocks. It's not like the moor is littered with bodies... no! Just a few here and there. Most skulls and bones are from animals that died from exposure, (I say to comfort myself), but a few would definitely be bloody victims of THE BEAST. You see, it's not a fictional or mythical monster! That would be silly. Wouldn't it? Then again there's no evidence in that article to confirm it was definitely a dog attack. Perhaps Matt Clark's Beast of Bracken Tor is closer to reality than we would think. Grrr. 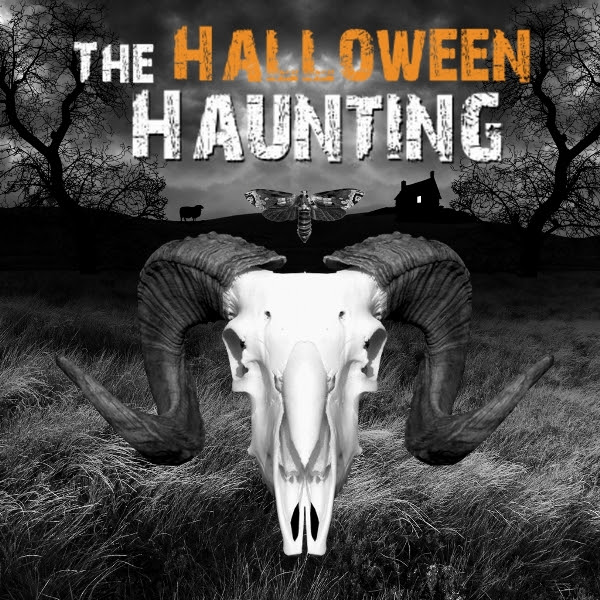 But, after a bit of thought, I decided that the cover idea was far too SCARY, suggesting pagan horror, and bloodthirsty sacrifice or Satan worship. None of which feature in The Halloween Haunting. It's a ghost-story, pure and... well, not simple. Not at all. But, there are plenty of cliches to please ghost fans. Grandfather clocks, rooms haunted by nursery rhymes, candles that light themselves and, of course, the all important creaking floorboard. Keeper's Cottage aches with ghostly references, but that's not surprising, given that Mr.Nigel Danvers is telling the story, from the safety and warmth of The Bear. But, thinking back to his time in the Cottage, still makes Nigel shiver. There is a darkness there, the like of which he has never seen before.

So, coming to a decision, I decided the ghostly haunted house would be the face of The Halloween Haunting. I've just finished the final artwork. Combining elements of the two ideas resulted in gestalt design; haunted house, mirrored elements, a much stronger landscape and room to add the sheep from Design Two. I also thought it would be nice to include Nigel and Lucy, approaching Keeper's Cottage for the first time...