The End of an Era - Pastures New

Escaping one Darkling Room to find another, 'cos it's moving time!

It is with some sadness that I say goodbye to the old Darkling Room, across the harbour in East Looe.

It's really odd seeing it so empty. It has seen some times, that place, including the production of Dark Fall - Lights Out, The Lost Crown (2 a half years!) and Dark Fall - Lost Souls. It's been a great base for operations, keeping me safe and sound for nearly a decade. I wonder if any of the games will haunt the place? I recorded Amy Haven's songs, myself, from inside a wardrobe in the bedroom. It would be nice and spooky to imagine future occupants hearing her humming that broken sing-song version of the Dark Fall theme. Ha ha! 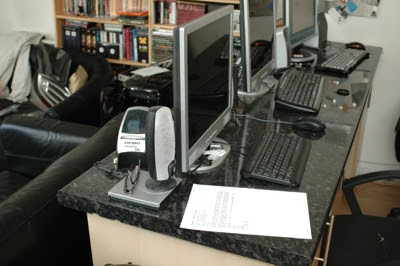 Thinking back, a LOT of the sounds and dialogue were recording in the apartment, all those years ago. It took us 7 hours, non stop, to record Emma Harry, playing Lucy Reubans for The Lost Crown. Bloody seagulls. Every time we got half way through a line… 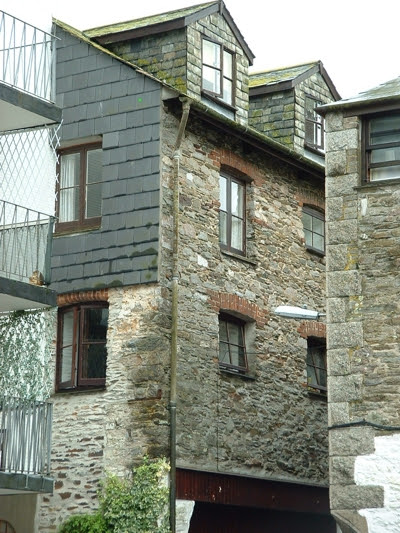 Which, after that long day, always sounds like a mocking laugh. Dratted things. But, we got there eventually. Sorry Emma, and Matt, who was on the headphones, hearing every squawk and scream. These days, we record in a studio (budget helps!), so have no such worries. But, I do miss those simpler times for various reasons. It was great to write, create and struggle in that place. It has a lovely view of the harbour to distract and inspire. 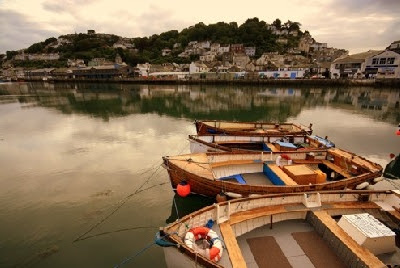 Living near water gives everything a rhythm, here in Looe. Outside the window was the working Harbour, which never bored me. Fishing trawlers line the east side of the Quay; battered, creaking and rustic. The west Quay, on the opposite side, has moored pleasure boats, yachts and catamarans worthy of Joan Collins. Really quite glamorous. Like two different worlds, facing off each other, across the water.

Two rivers feed the harbour, (East and West Looe Rivers), as well as the sea. Ahhh, the sea, eh? Once you've lived near the sea it is very hard to imagine being land-locked. The Spring and Autumn tides can cause minor flooding (usually a fun affair, but it can get scary!).The weather is all-important in places like Looe. It influences ALL. Winter saw the town lashed by sea storms, hidden in fog or just deathly empty, like Saxton. Summer was very different, with bright sunshine reflecting off the crisp, clear harbour water, to create swirling patterns across the ceiling and walls of the apartment. Bit like being in a Jacques Costeau film, a bit trippy, but very chillaxing.

East Looe is very different to West, which is where I currently rent a property (stuck deciding where to move). East has all the shops, pubs, beach, club (Boscarn! Yay!), train station, doctors, banks, etc etc etc. It's a small town, basically, with pretty much anything you would need. West Looe, on the otherhand, is smaller and set back from the Harbour. It exists around a village square (Princes Square) with shops, a dog hairdressers (!!) and, of course, the oldest pub in town. It's an atmospheric little spot, especially at night. The woods tower over this side of town, with hooting owls and pheasants.

It's more like living in a rural parish, if I'm honest. It makes a nice change after the resort lifestyle of East Looe. Basically, Looe has quite a lot to offer, in terms of variety. It's quite 'cut off' too, if you consider the nearest main town is Plymouth, in the neighbouring county of Devon. Yeah, I can't say I'll ever regret leaving London. Once you 'get out' you get out for good. My little apartment was a great investment, enabling me a change of lifestyle that I thought I'd only ever imagine. It's been cool.

But, all things come to an end. They always do. So, goodbye Darkling Room Number One. I hope your successor is just as good, wherever it may be, as you're a hard act to follow. I also hope your next occupants treat you well. Just remember, if you need to, haunt them with a bit of Amy Haven humming, or maybe some zombie -like snarls, or just Nigel saying 'Hellloooo, is there anybody there…." over and over with no skip button.

P.s. I've just heard that someone from 'up country' is likely to make an offer on the place. That's the weird bit. When you know you'll have to hand over the keys, and never go back. Weird.

P.p.s. Obviously, if anyone else fancies a complete change of lifestyle and living, Darkling Room Number One is UP For Sale!! 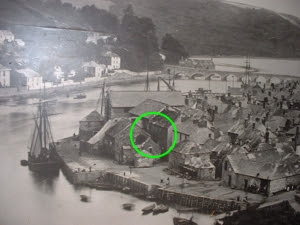 It's a super apartment, for self, holidays or the like. It's sad to let it go, but I have to thnk about moving onwards, and upwards, as that is the nature of things. I just don't have a single bloody clue where it is going to be!! :)