The Sound of Dark Fall Itself, by the Lost Souls.

on February 03, 2010
The Dark Fall – Lost Souls Soundtrack CD has finally been finalised. It’s a 23 track collection of music from the latest game, by myself and composer Ben Gammons. The styles are mixed, just like the game itself, so expect some nostalgic soundscapes, urban horrors, and of course, little Amy herself, singing some of her little ditties. It’s a surprisingly coherent listen, given that two of us worked on the soundtrack, and surprisingly relaxing! 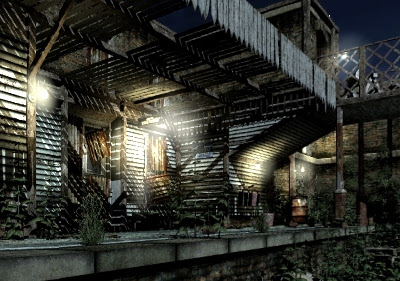 Power Returns: A kind of broken remix of the original Dark Fall theme; back in 2000, it was pleasant piece of harp music, by my friend Kevin MacNaughton, where as ‘Lost Souls’ sees the thing bent into a badly tuned nightmare, all broken plucks and discordant twangs. It’s not an uncomfortable listen; it’s just very appropriate for Lost Souls. Listen out for the whispered words, too! 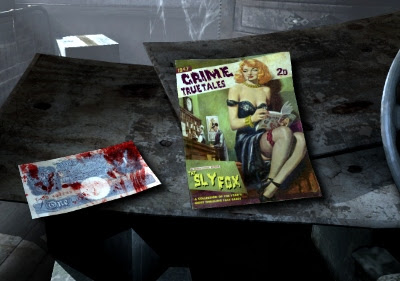 The Sly Fox: One of Ben’s quirkier tracks, as heard in Gloria’s mad car journey. It’s kind of 60’s spy movie, meets Pink Panther, and is always a delight to listen to. You’ll be humming the base guitar riff for hours afterwards, and creeping around town like an undercover agent. It's damn funky! 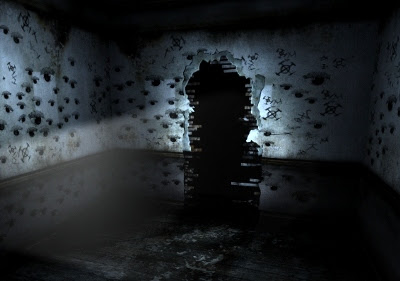 Come Closer: A really weird piece of experimentation, this one. It’s Amy doing an improvised skipping tune, combined with ethereal humming, and a tinny, distant version of Silent Night. Again, it’s a surprisingly ok listen, and not the nightmarish cacophony that you might expect. Then again, who am I to say, given my many years of aural abuse and experimentation? 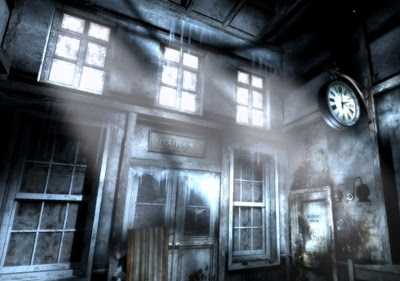 Dowerton Station: One of Ben’s, and a real delight. You hear this in the Station Foyer, hence the title. It’s all crystalline shards and metallic drones. I think it captures the interior of the station really well, and suggests ice particles, (it is November after all), and ghosts, hiding in the shadows. I was tempted to add the ticking station clock to the track, but thought better of it. Music is music, so as soon as you add sound effects it becomes a soundtrack. Plus, if you want the extra Station sounds, you can put the game on! 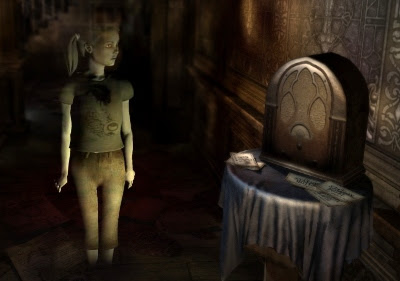 Amy Games: Quite a big track, this one, with it’s Tibetan chanting! I’m a big fan of the Fatal Frame games (PS2 games, known by the dull title of Project Zero in the EU), so I’ve always wanted to get some Eastern elements into one of the soundtracks, and Lost Souls was perfect. The last two Amy Party Games take place is a kind of no-where world, where candles are the only illumination, and alchemical nonsense decorates the walls. Basically, it’s quite a creepy room, and a bit of chanting can do nothing more than add an extra creepy layer. I just wish the CD version was a bit longer, but, it’s a good listen as it is.

Ok, so that’s the ones I’ve picked out, but there’s plenty more to enjoy, or get spooked by. There are 23 tracks in all, from different parts of the game, so I think it’s pretty good value. The postage is FREE, as always, to anywhere in the world, so if you are a fan of Lost Souls, game soundtracks, or just want some seriously spooky music, give it a go!

It was a real pleasure to work on the soundtrack with a fellow enthusiast, like Ben, as I think having someone else on-board really added something to both the soundtrack, and the experience of making 'Lost Souls'. Getting demos through the post was a treat, as it was odd not having to do everything myself. So, expect to hear more of Ben's work in future titles, by both myself, and others writers! 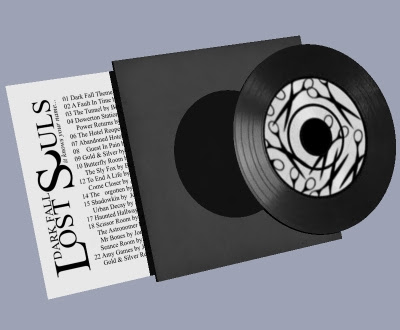 Jonathan Boakes said…
Click any of the images, including the Disk image. The links go to the store, where all my games, and assorted products are listed.