on February 26, 2010
There have been two awards for Lost Souls, which is wonderful news! I am especially pleased to receive the ‘Best Sound Design’ this year, as I feel a lot of work, by both myself and Ben Gammons, went into making Lost Souls as detailed and disturbing as possible. 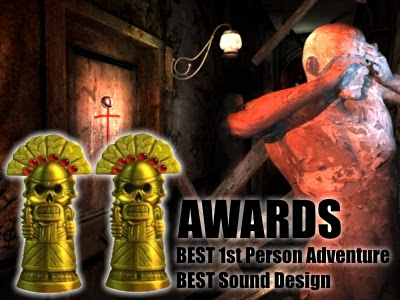 The other award was for Best First Person Adventure! An amazing accolade, given how stiff the competition was this year. A quick glance around the forums reveals how many new adventure games were released last year, (including official boxed versions in the USA, something that has so-far eluded Lost Souls). It’s wonderful to see so many big games appearing, as some factions within the press STILL state the genre is dead. Same old, same old. But, with so many new, top notch productions titles in the pipeline, I hope the genre finally proves it is far from dead.

There seem to be quite a few ‘ghost-hunting adventures’ on the horizon, which is interesting to see. It is not hard to imagine the success of The Lost Crown has generated lots of interest in paranormal games, so I will be looking out for something spooky to play over the weekend. It’ll be really fun to see what others have done with the ‘traditional’ ghost-huinting gadgets, and whether they have bought anything new to the paranormal adventure scene. I’ll play with the lights ‘on’! ;) 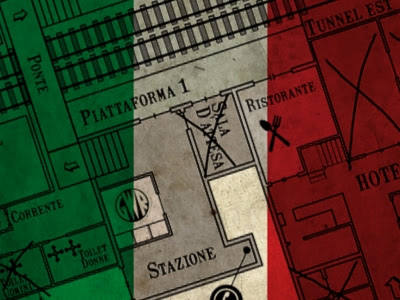 Also, I wanted to mention the forthcoming EU versions of Lost Souls, which are about to be announced, or appear on shelves. First up is a fully translated Italian version of the game, published by the chaps at Adventures Planet! It’s a super translation, full of character and detail, which has been checked and double-checked. Call me daft, but the Italian version sounds so much MORE creepy than the original. Perhaps it has something to do with the latin accents, or intensity of the performances, but I felt goosebumps several times when building this new version. So, Italian fans will want to look out for this one, as I think it’s going to be my best Italian game yet!

Actually, that reminds me, I had a really good ‘telling off’ this week, by an Italian adventure fan, who found the opening scenes of Lost Souls far too nasty, and ‘Silent Hill’ like. I explained that the game was written to reflect some of the recent news items, appearing down here in Cornwall, but realised there’s little or no ‘making of’ material, for the game. I hope to correct that, quite soon, as there are loads of ‘real world’ stories to post, and illustrate how ‘usual’ some of the game content actually is. 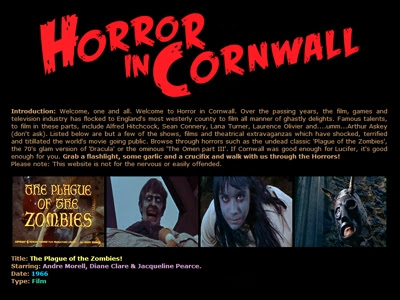 For example, Mr.Bones’ revolting eating habits are based on the ‘Bodmin Badger Eater’ (seen in a BBC doco last year), and a strange, unsolved, case that shocked the good people of Callington, also last year; otters and local pets were found, nailed to trees in the woods, where satanic imagery was also to be seen, sprayed onto trees. I will add that Callington is also the home of ‘Ginsters’, the famous pasty production company…that doesn’t bear thinking about!

Or, how about the news item that greeted my arrival in Cornwall; ‘Warlock Beheaded by Cult’. Seriously. This guy had a small coven, who turned on him after he ‘placed hexes upon certain cult members’. They hacked off his head! Whatever next? Thinking about this makes me want to expand the ‘Horror in Cornwall’ page to include some of these 'real' stories. It could be a bit like Mulder's scrapbooks, but an online version. That way I’d have somewhere to refer to, and also send angry parents, whose teenage kids have been playing Lost Souls...and wetting the bed.

P.s. I found this teaser very interesting: Face The Horror

Matt Clark said…
Congratulations on receiving 2 awards for Lost Souls. I'm looking forward to seeing the 'making of' for DF:LS, and reading about the real world events which helped inspire your story.
26 February 2010 at 11:26

James CW said…
Congrats! Two awards is twice what TLC recived. I'm also looking forward to the DF:LS making of, and hoping it contains some technical stuff as well. I never get tired of seeing wireframe images, even if I'm staring them in the face six hours a day!
28 February 2010 at 22:05

Jessica said…
This is fantastic! Congratulations for the awards! I cannot wait to pick up the game and see the work for myself.

Chiara said…
Hey Jonathan, have you seen this nice tribute to Dark Fall Lost Souls on youtube? http://www.youtube.com/watch?v=DHkjy_PW5eE They are quite funny LOL!

Jonathan Boakes said…
Yes, those naughty Haber's have been at it again, with another Boakes-Baiting video! They are a delight to watch, and share. It's great to know that gamers find humour, as well as spookiness, in the games. I just dread what the Haber's will make of TLC2, later this year. Eeek!
27 March 2010 at 06:06

Stephanie Faith said…
Congratulations on your two awards! All that hard work has certainly paid off :)
I'm playing Lost Souls after I'm finished with Lights Out. Looks very frightening...
11 April 2010 at 12:50

Sarah said…
Excellent news on winning the awards, and an extra thumbs-up for pointing potential fans to the FaceTheHorror teaser for Senscape's upcoming adventure release!

You might want to fix the link to the Horror in Cornwall website, though. The current link directs people to horrorincornwall.co.uk, which doesn't exist. Fixing it to point to horrorcornwall.co.uk will take care of the problem easily. :)