Christmas ‘Lost Souls’ Round Up

T'was the night before Christmas, and all through the hotel, the creatures were stirring, to bring forth Hell... 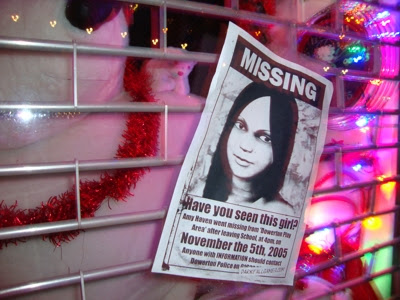 Those haunting, ghostly figures have been busy, the last couple of weeks, as they drift across the Atlantic and English Channel, to a shelf near you! The ‘Lost Souls’ finally materialised, a bit later than planned, on December 4th, 2009. At last! Here’s a round up of what’s been happening, for anyone interested, or needing some extra info:

Trailer: The Station Hotel
"The teaser offers a taste of what to expect, or dread!, in Lost Souls. The old Station Hotel is an uncertain, fluctuating place, almost unable to decide what time it should be based in. Is it the neglected, forgotten place of our time, standing alone on the dges of town? Or is it a warm, inviting hotel; glowing with nostalgia, but hiding the true horrors of the 1940's? Beyond the long hallway, the hotel rooms hide all sorts of secrets..." - Jonathan Boakes December 4th, 2009 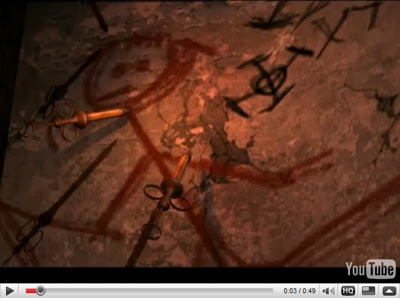 Teaser: Have you seen this girl?
The young girl disappeared on her 11th Birthday, after being expelled from school. The Head Mistress of Saint Swithin's School for Girls thought her a bad influence on the other girls, and she frightened her teachers with macabre drawings and an unhealthy interest in the dead! Amy then vanished, never to be seen again...until Bonfire Night, when The Inspector goes looking for her. 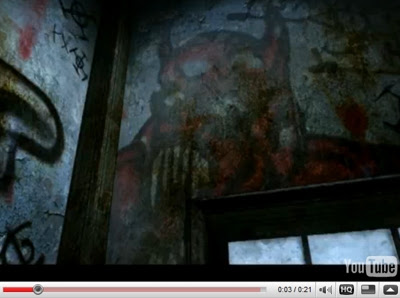 There’s a nice’n’spikey interview over at ‘Join The Adventure’. It was unusual, and interesting to be asked about my choices for TLC’s design and execution (by someone who had actually played it!), and also get asked what I think about ‘Casual Games’, you know, those HOG things. I’ve looked at a few of them, but can’t say it’s the sort of thing that would hook me me…but, maybe I am too quick to judge. The fact that some devs have stated they will now make HOGS, rather than full games, and still make as much money is very telling. A ‘Dark Fall’ HOG game isn’t out of the question, I just think I’d try to put more effort into it, than just making the player collect bits of melon…to move onto the next slider puzzle. Well, I hope I’d put more effort in. The Ravenshurst games, (think that’s the right spelling), have been highly recommended to me, so I’ll give them a look! I could be missing out on the new wave of adventure games.

Full ‘Join the Adventure’ Interview is here, In English and Italian:

Quote: “If I have enough free time to play a game I usually want something with a good story, logical puzzles and a reason for using a big name like ‘Dracula’. I am sorry to say that I am not one of the gamers who enjoys collecting bits of melon, hidden in a 2D scene, that has no basis in reality, and no real sense of gameplay.”

Furthermore, I had a chat with Matt Clark, and Philip Philippou, (both involved in Lost Souls to some degree), about the game. I was interested to know what they made of the thing; was it different then they'd expected, and...well...was it any good?

The full chat, text only (the Jolly Sailor in West Looe was too loud for a PodCast), is available on the Just Adventure Website: Here

Quote: "That’s nonsense. The visuals can add to, but can't replace enjoyment, or story. I enjoyed the first Dark Fall because I was able to explore, poke around, and learn about the history of the place. You can do that in Lost Souls."

And even furthermore! There's an audio interview, with myself and Matt Clark, available from Tom Baynham's Website: Here

The interview/chat is LONG! An hour and a half, so make yourself a nice cuppa, or do the dishes, or watch the snow fall...and have a listen. There's lots of clues to what's happening next, with the games, and a few naughty spoilers for Bracken Tor, the second game from Shadow Tor Studios. Looking forward to that!

Very quiet, so far. I don’t tend to stick around for reviews, having become addicted to feedback regarding Dark Fall: The Journal, back in 2001. I remember staying up, half the night, on a regular basis, just waiting for forum posts and opinions. I guess anyone would do that, given that it was a first, and unusual experience. This time round things are a lot more relaxed. I am very pleased with Lost Souls, believing (knowing! if I'm honest) that it has come together as planned, and has the tone and atmosphere I was after. It’s probably one of the most miserable adventure games, ever made, and has urban, modern elements that I’ve never seen before in the genre. So, I am mightily proud, and hope gamers like doing something a bit different; Stabbing oozing, squealing Life Leeches with rusty scissors is not your regular adventure puzzle! ‘Bring back the slider puzzle’ I hear the purists cry! But, all in all, I think the job is done, and I’m ready to move onto the next game!

Quote: “Not just good, but usually scary enough to warrant an emergency pair of rubber pants on constant standby.”

Player feedback has been ACE! One guy compared the story structure and tone to Mulholland Drive, which gave me a total fangasm! It’s my favourite Lynch movie, so I was mightily chuffed!

Quote from Argyle1968: “...In this respect it reminds me a lot of the film Mulholland Drive. In sum, I have a new favourite game. No other horror gaming experience comes close to this one IMHO.”

Quote from Pathfinder: “This is not your mother's Station Hotel.”

Quote from OldLady (who lives in Looe too!): “I loved all of the previous of his games but this is the best ever. Atmospheric, creepy, puzzling and challenging.”

All from: www.gameboomers.com, but do look out for others.

I guess that’s it, once again! Another game finished, and out-there for all to play! I’m going to pack up a few things, rent a cottage, and get writing TLC2. I have an absolute sack full of ideas, which are all exciting, so will have to be careful to use them effectively, and not create another 30 hour + monster!! Then again, what’s wrong with epic? Nothing! If it’s massive, and sprawling, then so be it!

P.s. And a very Happy Christmas to all of you! Wherever you may be!

James CW said…
Nice post, Jonathan! That cottage sounds great, wish I could get one.

Jonathan Boakes said…
Me too! Sadly mine is only for a week; I'll have to write quickly!

I once stayed in this cottage, which was great for writing, and genuine isolation;